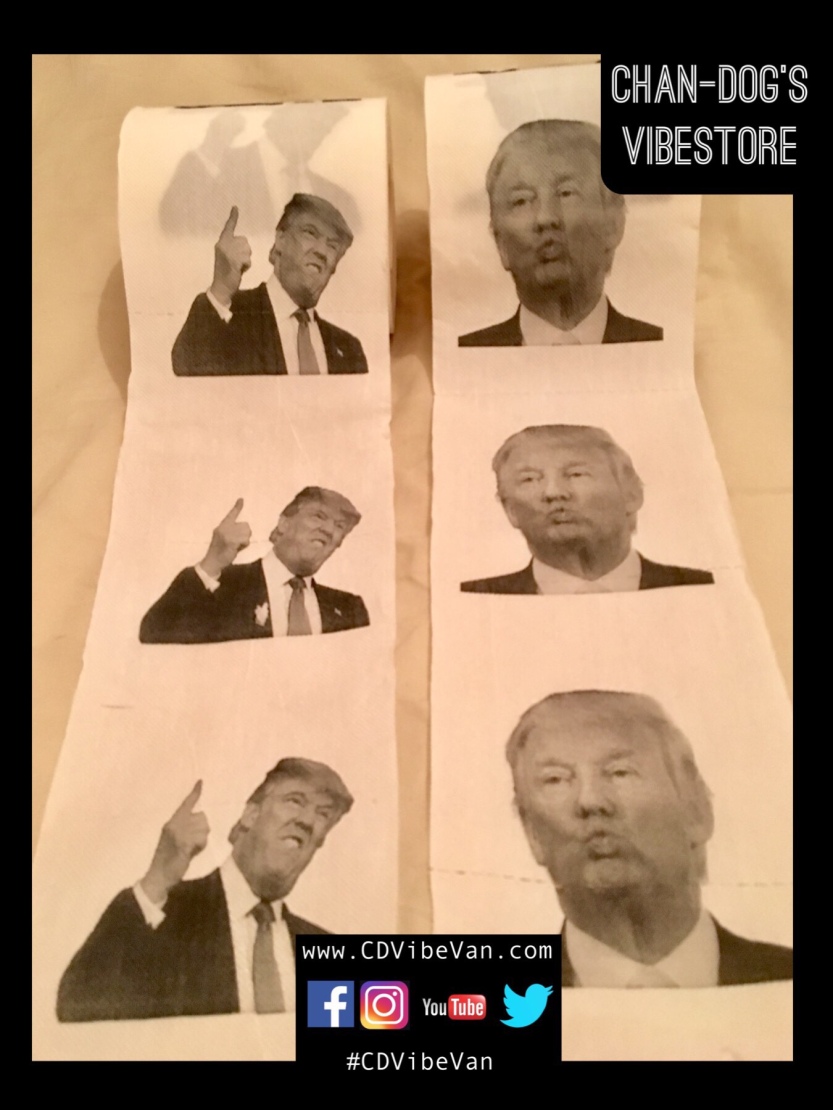 People ask me why I’m selling Donald Trump toilet paper and what is the connection to my campaign.

Basically, it’s a topical publicity stunt to get my campaign into the news.

The connection is Donald Trump spreads fear, hate, division and negativity, whereas I spread peace, love and positive vibes.

Therefore, Donald Trump is the antithesis to my campaign, so I’ve made him do something positive, by having his face printed on toilet paper, selling it and using the proceeds to keep my campaign, which obviously has an anti-establishment edge to it. The reason being is the establishment don’t care about vulnerable people, they’re making cuts to disabled people’s living allowances they’re privatising the NHS and there isn’t enough spending on mental healthcare.

However, they seem to have plenty of money to spend on weapons and bombs to kill poor people in other countries.

It’s a joke, the establishment are out of control, which is why they are also being exposed in my campaign, which is wholly focussed on helping people.

You can help and support the campaign buy picking up some Donald Trump toilet paper in Chan-Dog’s VibeStore.